RSS Feed
← Truth
One Year Ago →

Five, you guys.  And these babies.  My goodness they are something.  You would think that for how in awe of them I am that I had never done this before, and I guess I never have times 2, but you get the picture.  I’ve had babies.  I know what they do.  I know what yo expect.  AND YET.

They really are the very best babies around.  So interactive.  So loving.  So…just…them. This isn’t to say that things are never hard, because oh, things are hard here on the reg.  Take for example The Great Nap Boycott, that lasted pretty much all month.  Or the horrible time that is the 2 hours between getting home from daycare and bedtime.  OR THE 5 HOUR DRIVE HOME FROM VACATION THAT TOOK US 9 HOURS BECAUSE HOLEEEE SHIT UNHAPPY BABIES. The good certainly outweighs the bad though.

For the first time since they were born, Gus has achieved a milestone before his sister.  He is rolling in both directions.  He started going from his back to his belly a couple of weeks ago, and then more recently figured out how to go the other way.  He can spin himself and scootch to where he wants to go too, which is kind of frightening.  Molly is still content to just lie on the floor and put her feet on anyone and anything who will let her.  She loves to touch with her toes.  The babies are both super grabby now, and love to hold on to toys.  Gus is particularly fond of holding and chewing a burp cloth while Molly likes this soft teething toy I got on clearance at Target.  Both babies have pretty much given up the binky.

Speaking of teething, we’ve seen some teething behavior from them both over the last week or so.  Red gums, mouth punching, maybe a little bit more irritability. Molly definitely has some bumps under her gums.  The symptoms come and go though, so I’m not holding my breath for there to be teeth anytime soon.  We’ve had a wide timeline with the other kids getting teeth (Hannah 5ish months, Eddie 7months, Caitlyn 11 months) so we’ll just wait and see.

The babies got to come with the other kids and me to Hannah’s doctor’s appointment at the end of July and the ped suggested introducing some solids since they are such meaty babies.  I was planning on waiting because (1) They were premies so were really only 4mos adjusted and (2) I really just didn’t want to deal with spoon feeding 2 babies.  Ed was really excited about it though, so we started some oatmeal and they like it ok.  I’ve given it to them before bed and it’s sort of a crapshoot as to whether they will be happy enough to eat it.  They’ve really only had it a handful of times and I’m not eager at this point to ramp it up or be any more consistent with it.  I guess we will see what the next months brings, especially when the big kids go back to school and our schedule settles a bit. 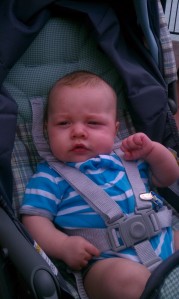 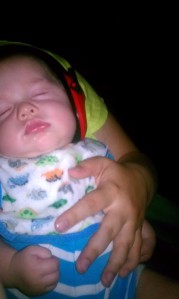 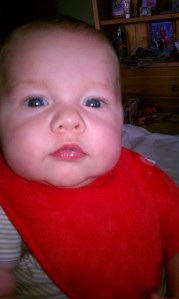 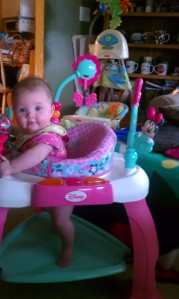 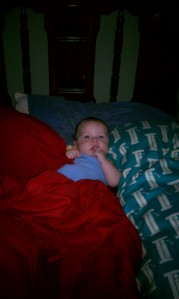 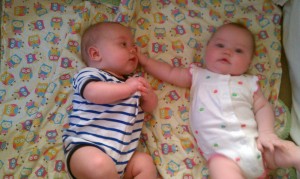 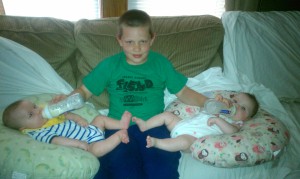 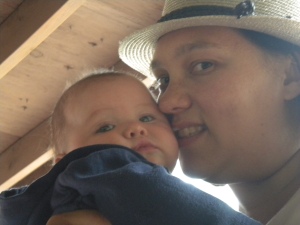 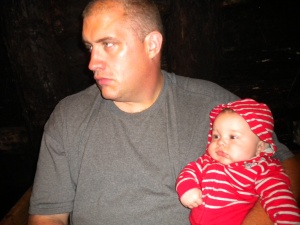 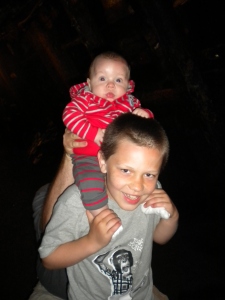 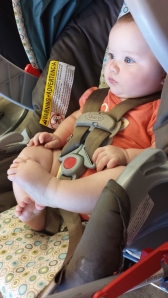 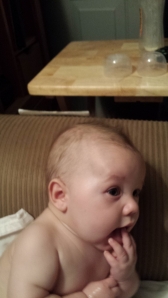 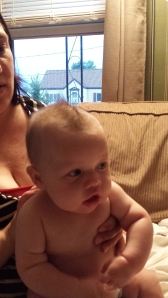 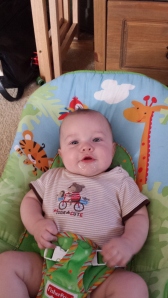 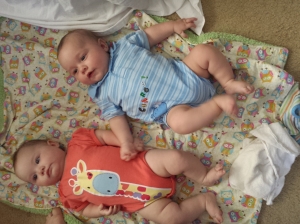 Posted in Uncategorized. Bookmark the permalink.
← Truth
One Year Ago →