Orchestrating 5 kids and costumes and pumpkins and anything else you can imagine turned out to be not so bad, mostly in part to my parents who handed out candy, and took over baby duty when the rain/up past bedtime proved to be more than they could handle. We carved pumpkins after school, because, you know, nothing like waiting until the last minute, and were on our way with one of Eddie’s friends and his mom by 6pm.

It had just started raining at that point, so Ed and I took the babies to see our neighbors and then brought them back home, while the kids stayed with our friends.  Ed caught up with them later.  Every year they say they’re going to do several streets, and every year they make it up our side and back down, and are done.  We live at the corner, so the warm house in the midst of a cold rainy evening is pretty tempting, I think.

Everyone was in by 7 and we put the babies to bed and ordered pizza & wings.  When I went to extract Ed from the neighbor’s porch, she began raving about the homemade wine she and her husband made.  The next thing I knew, I had a glass in my hand and in the 20 minutes or so that it took Ed to get the pizza, it had been refilled 3 times. It was good stuff.

We all ate our dinner in front of the TV, and put on the Toy Story Halloween special. My parents left, and everyone was in bed by 9.  It was a really good night.

And now for some fun photos: 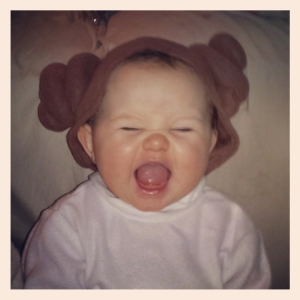 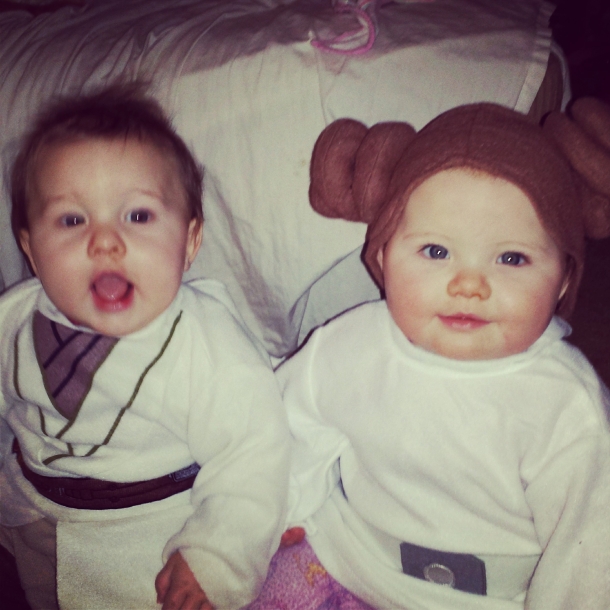