Autumn Through the Years

In the Fall of 2005,Ed, a very small Eddie, Baby Cait and I took an impromptu trip to Letchworth State Park. Ed and I had been going for years, usually around my birthday, and even though it was freezing, we just needed to get out of the house that day. Ed happened to take Eddie’s photo on some stairs. The next year we happened upon the same stairs (not an easy feat…this park is GIGANTIC–I think it spans like 30 miles??), and took a photo of Eddie and Caitlyn together. And just like that, a tradition was born. We’ve taken the kids’ photos every year in October since 2005. It has been 40 degrees, and it has been 80 degrees. In 2008, Eddie and Caitlyn dropped poor baby Hannah on her head (stellar parenting having a 3 and 4 year old hold a 3-month-old on a set of stone stairs). Hannah refused to cooperate in 2009—I think to get back at us. I love how each year, things change but they also stay the same. Can you even imagine next year’s photo?? I am weepy just thinking about it all.

Some of you have seen these all before (minus 2012, of course). I know; but I can’t help myself. Here are the photos: 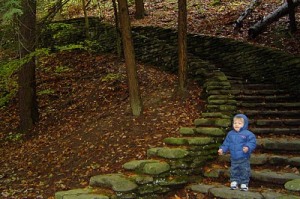 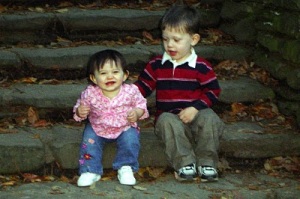 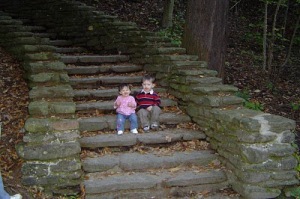 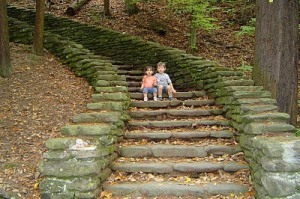 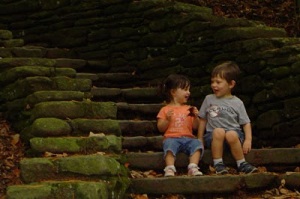 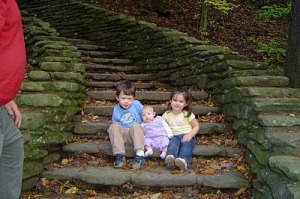 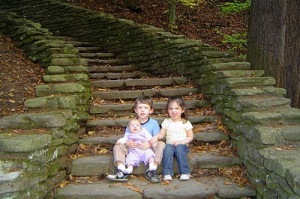 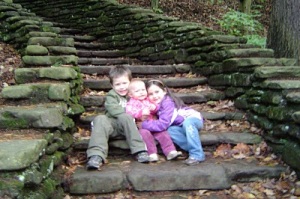 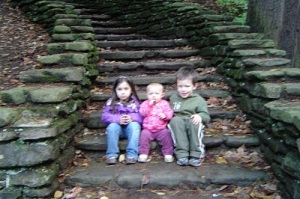 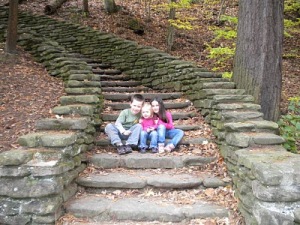 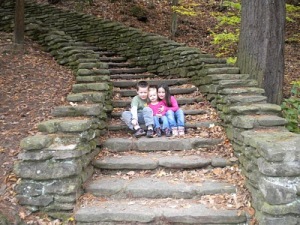 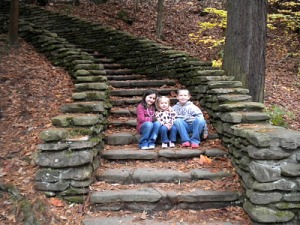 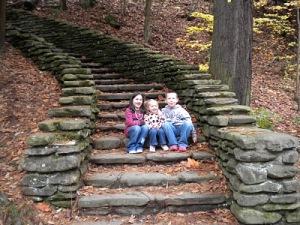 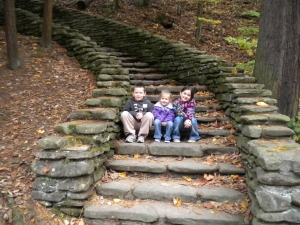 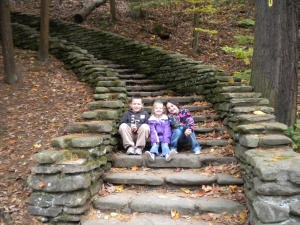 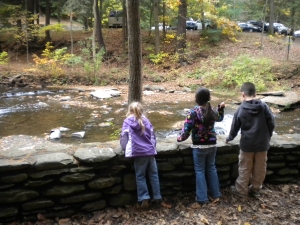