This was supposed to post yesterday, when I was still 15 weeks, instead of today when I am 16 weeks.  WordPress was being a turd though, so here it is today.

I think I’ve finally gotten that pregnancy glow.  Here are exhibits A and B. 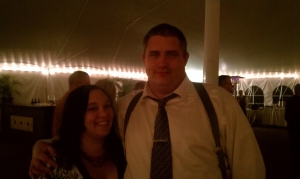 I feel pretty good, is what I’m saying, and I think it shows.  I mean, don’t get me wrong, I have a long list of complaints but I’m trying to be positive.

The babies are very wiggly now, and I can feel them higher up in my belly.  I am hungry 24/7 and nothing really satisfies me, or tastes really good even.  But I am eating, and according to my scale at home, I’ve finally gained 2lbs.  We’ll see what the dr’s scale says on Thursday.

Yes, Thursday.  My 16-week appointment, and the dreaded flu and DTAP shots.  2 kids in Hannah’s school have already had pertussis this year though, so as much as I don’t want it, I’m going to get it.  And I will surely proceed to whine about it later.

I have a whole list of complaints for my doctor which include shortness of breath, hip pain and locking, and extreme forgetfulness.  All things I’m sure she will tell me to just suck up, but I think are worth mentioning anyway. I also want to ask how long I can realistically expect to work and be up and around.  Only because of the sheer girth of the belly already–I just worry that it will be sudden, and I’ll run out of time to do things.

Of course, I will probably forget to ask all of these questions.

We added to our growing arsenal of baby gear and have 2 brand new (matching, obviously) car seats.  I feel really good about having the gear.  Really, we just need a place for them to sleep, and clothes and we will be as set as we are going to be.  I’ve also started research in to cloth diapers, with the help of Marie Green.  This is overwhelming, but so cost effective especially when we are talking about 2 babies and $40 on disposables a week. I’m determined to muddle through.

I believe I have made Ed see the light in the Melissa discussion.  If he gets to have full naming rights of 1 baby, then so do I.  And that means that if it is 2 girls, I get Georgia.  He feels strongly enough against Georgia to give up on Melissa, and so I think he finally gets it.  Although this means that I definitely lose Georgia, it’s still a win.

I think that’s about it for this week.  We’ve made it to 4 months! We’ll know who these babies are in just a few weeks! It is going quite fast.

Posted in Thoughts on Twin Pregnancy, Uncategorized. Bookmark the permalink.
← Autumn Through the Years
On Child Spacing and Growing up in General →